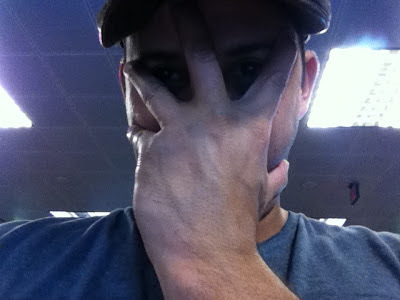 I`ve been to dozens of airports here in the USA. I know lots of cities and I really think this is a great nation, a land of respect and equality.  But these don`t apply to Arizona State at all.

This state has the ultimate level of racism  ever. In order to pass through the security point at Phoenix Airport I have been screened for over 20 minutes. This is what happen:

1- The TSA agent saw my California DL and asked if I had another document that could prove I am myself.

2- I showed my passport with all my Visas. Than a second TSA agent asked for another document. I showed my credits cards with my name on them and finally I showed my US Department of State press badge and my United Nation press badge.

3- The TSA agent told me I needed to wait until he would go for his boss to triple check my documents. That took more 5 minutes.

4- He finally came back, said that because of my documents were ok   that wouldn`t be necessary to make phone calls. I saw other foreigners wanting forever while the TSA agents were calling whoever.

5- Then I was pulled out from the line of X ray to pass to a special line reserved for 101. That`s the code they use to refer to you if you are a foreigner here in Arizona.

6- I need to pass through the X Ray. Then I was searched by a third agent who touched my whole body with his hands.

7- They did the same with my carry on luggage.

8- While they were doing all the researches I was kept  in a circle, surrounded by lines, such as a yellow police line.

I`m going home  and I will never come back to Arizona. I`ve never seen in my whole life, in any country, foreigners being treated like criminals.

This is such a shame, that trashes the whole image of this State. People in Arizona are so friendly. But the authorities are over  the top.

Obama should show that he is really up to reform the Immigration System and start calling out the local authorities in Arizona.